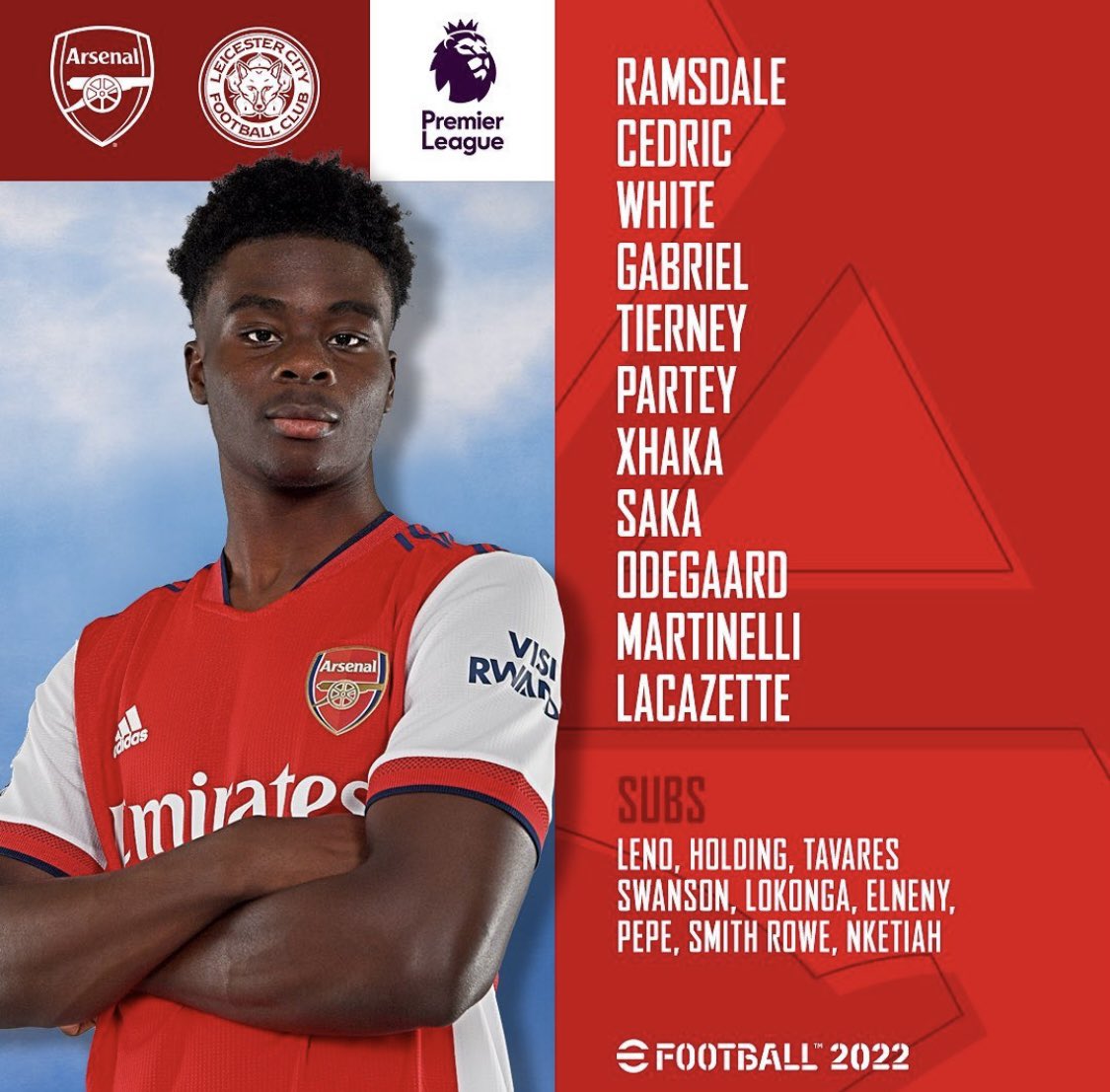 Takehiro Tomiyasu, Fabio Vieira and Emile Smith Rowe have returned to full training this week after shrugging off recent fitness troubles. Reiss Nelson, however, suffered a quad injury which will keep him out of action for a couple of months.

Arteta was asked about Vieira, who has not been involved in first-team activities due to a fitness concerns since joining Arsenal. On the Portuguese, the manager said imight take him now time to get there, depending on who he’s playing with and how the game goes – it could take him no time to adapt. What I can tell you is that he’s doing everything he can to make that process really short.

Arteta also spoke about Tierney, after his cameo against Palace, saying he played 15-20 minutes last weekend and did really well. He’s been out for a long time after the knee injury, but it looks in perfect condition now and ready to go. While the comments on Tierney indicate the left-back is fully fit, there are still doubts over Vieira’s involvement on Saturday. However, Smith Rowe and Tomiyasu are pencilled in for a return to the matchday squad, drastically improving Arteta’s bench options.

As for the team, the starting lineup should remain unchanged against Leicester City, as Arteta will seek continuity with his side. Aaron Ramsdale is the top choice between the posts, with Ben White, William Saliba, Gabriel Magalhaes and Oleksandr Zinchenko starting as the back four ahead of the Arsenal no. 1. Former Arsenal star Denilson has tipped them for the win.